Hosted in Dawson Creek, B.C., Sept. 8-16 at the Encana Events Centre, the Fall Festival will see national team prospects split into two squads – Team Red and Team White – to train and compete against each other as well as against local teams over their six-day stay in the Peace Region.

“We’re beginning a new Olympic quad, and a new season, and it’s exciting to see such a strong talent pool as we head into our national team Fall Festival in Dawson Creek,” said Kingsbury, who was a player within Hockey Canada’s national women’s team program from 1999 until her retirement in 2010, winning two Olympic gold medals and three IIHF Women’s World Championships during her playing career. “Fall Festival allows Hockey Canada to provide continued development opportunities, especially for those players who were with us in August at the development team camp, while replicating a short-term competition schedule that allows us to evaluate the players in a way that more closely resembles the experience they would have at a 4 Nations Cup or IIHF Women’s World Championship, which is what they’re aspiring to achieve.”

Head to https://www.hockeycanada.ca/en-ca/team-canada/women/national/2018-19/fall-festival/camp-roster for the full roster!

Pearn, whose coaching career in the NHL spanned 20 seasons, won gold as head coach of Canada’s National Junior Team at the 1993 IIHF World Junior Championship, as well as in 1990 and 1991 as an assistant coach. In addition to his role with the Olympic team, Pearn worked with Canada’s National Women’s Development Team at the 2018 Nations Cup in Füssen, Germany, last January.

A number of camp coaches and support staff who have worked with the national women’s team program at all levels will also be giving their time and energy to supporting the athletes attending Fall Festival.

“We’re very fortunate to have Perry and Troy on board for Fall Festival in coaching roles with the team,” said Kingsbury. “They bring a wealth of knowledge and experience to our program, and they both have experience with Hockey Canada’s national women’s teams, having been part of our 2018 Olympic team coaching staff. They have lived the highs and lows of short-term, international competition, and understand what is required to be successful – from both staff and players. We’re looking forward to having them lead in Dawson Creek not only for what they will bring to the 52 players who will be in attendance, but also for the leadership they will bring to the camp coaches and staff who are evolving through our national women’s team program.”

All Fall Festival practices are free and open to the public; tickets for the games can be purchased online.  Head to https://www.hockeycanada.ca/en-ca/team-canada/women/national/2018-19/fall-festival/practice-schedule for times of the practices and then https://ev12.evenue.net/cgi-bin/ncommerce3/SEGetGroupList?groupCode=HOCKEY&linkID=global-dawson&shopperContext=&caller=&appCode=&RSRC=FBPO&RDAT=WNTTC to purchase your tickets for the Exhibition Games! 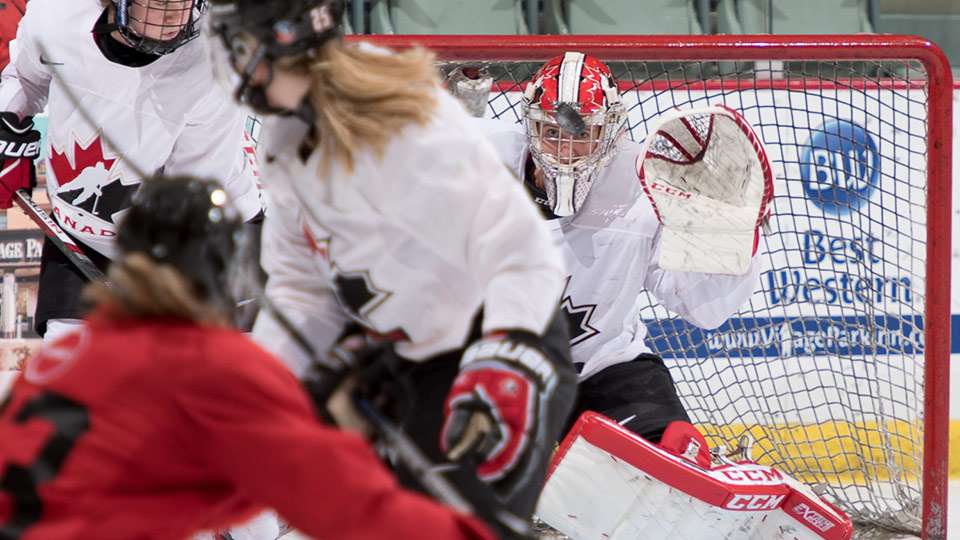