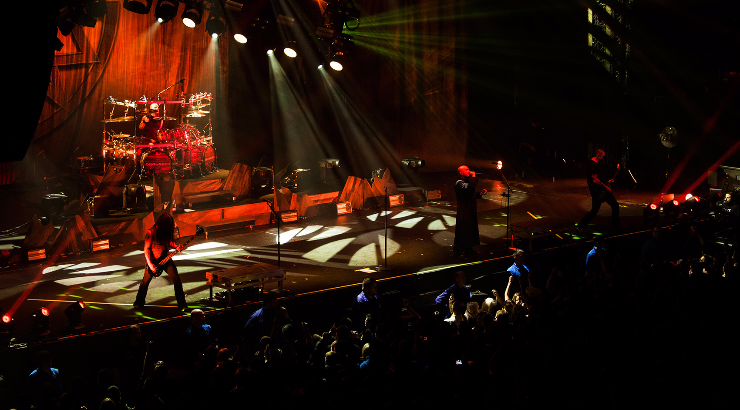 DAWSON CREEK - Spectra by Comcast Spectacor, the provider of Venue Management, Food Services & Hospitality and Ticketing & Fan Engagement to the Encana Events Centre in Dawson Creek, British Columbia is proud to announce that in the recent release from Pollstar of their mid-year report, the Encana Events Centre has placed #196 in the Top 200 Arena Venues worldwide.  Thirteen other Spectra properties are among the list in the report.

Pollstar Magazine is the only trade publication covering the worldwide concert industry. The mid-year report showcases the top tours, arenas, theatres and more as 2016 reaches the halfway point.  In the report, the Encana Events Centre places #196 with 24,726 tickets sold from 1/1/16 to 6/30/16 as reported to Pollstar.  The #1 arena in the world was The O2 in London, United Kingdom at 872,809 tickets sold.

“This year we have seen some great shows come through Dawson Creek and region including Disturbed, Megadeth, Heart and Joan Jett, Jeff Dunham, ZZ Top, Theresa Caputo and many others,” said Spectra’s Ryan MacIvor, General Manager, Encana Events Centre. “With such a variety of entertainment this year, we welcome the news today that we place #196 in the world for ticket sales.”

With the rankings, the Encana Events Centre places #17 for all venues listed for Canada in terms of ticket sales, with the Centre placed as the #5 venue for Western Canada (British Columbia & Alberta).  With capacity as a factor, the Centre would be ranked the #2 venue in Western Canada for venues with smaller capacities (Under 8,000 capacity).

This is the first year the Encana Events Centre has been placed in Pollstar’s midyear report.  Spectra by Comcast Spectacor has four other venues in Canada that placed with fourteen properties company-wide on the list. Included on the list is the company’s flagship arena ranking number eight in the United States and 26th overall with 232,660 tickets sold.