Tonight at the Encana Events Centre

Alice in Chains brings their tour to Dawson Creek and the Encana Events Centre tonight!  Coming along for the ride is Monster Truck and The Pack AD.  Things get going at 6:30PM with the doors opening and the show starts rocking at 7:30PM!

Alice in Chains started the tour in Penticton at the South Okanagan Events Centre on Friday, August 8.  The Penticton Western News reported on the show and Scott Trudeau said "I walked out of the Aug. 8 show feeling like I was treated to a high-energy performance that delivered all of the band's hits, including Them Bones, Man in the Box, Down in a Hole and No Excuses."

Last night, the guys made a stop in Prince George at the CN Centre.  94.3 The Goat was there and they snapped the photo above of the show.  According to a commentor on the 94.3 The Goat's Facebook Page,  it was the best version of Man in the Box ive ever heard.

The show in Dawson Creek begins at 7:30PM and is shaping up to be another great night here at the Centre.  Tickets are still available, head over to www.tigerboxofficeplus.ca, call 1-877-339-8499 or stop down to the Centre and the Tiger Box Office Plus! 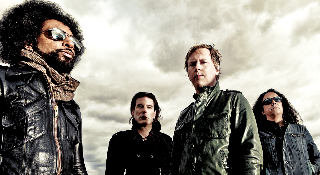