The 90’s made us “Millenials” infinitely stronger and more resourceful for example coming up with our own tech solutions like blowing in a Nintendo NES game even though that only worked about 50% of the time. As well as, one-minute you’re  re-winding your favorite cassette tape and the next you’re having the tape blow up like an opened faced fishing rod.  Good thing I had 3 tapes to New Kids on the Block! Haha! Don’t even get me started on the toys that were marketed towards kids in the 90’s that us as parents today, would cringe (ahem…Moonshoes)

There is a reason why I am so nostalgic about growing up in the 90’s. Our generation walked a fine line between playing outside to playing on the internet. I can actually say that I am older than the Internet, which took off in the 1990’s and I can still hear the annoying sound of dial-up *shudders*, and freaking out when someone picked up the phone.

Arguably, being born in the later years had its advantages with an excessive amount of resources. However! The fondest childhood memories I have are ones which included staying out until the street lights came on, deciding between Backstreet Boys or N’Sync  became political – TGIF was not a restaurant,  and if someone starts singing “ Now this is a story all about how my life got flipped-turned upside down ….” You would have to finish the song, and every fight ended with someone putting up a hand.

These are all just tidbits because there is no real way to describe the time period after the 1980’s and before 2000 was the best but, one look at Uncle Jesse’s mullet just seems to, um  I don’t know sum up the decade. Ya, although slightly greasy the 90’s just flowed.

And yes, Mr. Rodgers I DO want to be your neighbor!

Make sure to check out our deadly Spotify playlist to get you psyched for the “arena-sized dance party”  with Salt N Pepa, Vanilla Ice, Rob Base, Young MC and C+C Music Factory make up the lineup for the Dawson Creek stop at the Encana Events Centre on Monday, September 18, 2017. If you haven’t picked up your tickets yet make sure you head over to www.tigerboxofficeplus.ca  as well as our “Totally Rad” Pre Concert Lounge Party! Booyah! 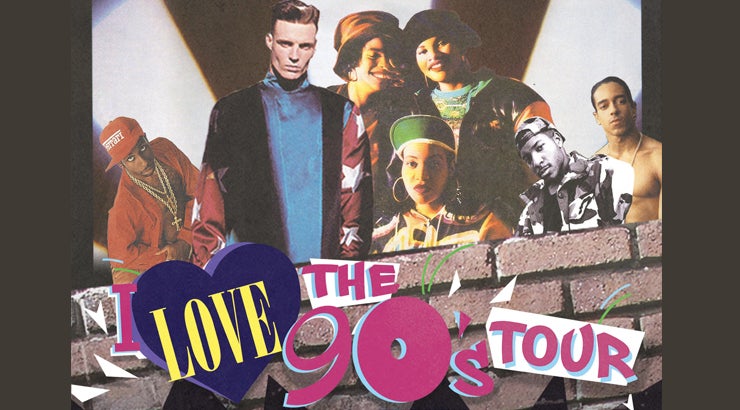