What drives you to a concert, the music or the band?

Longtime Classic Rock and pop fans have had a tough time with this question because of many acts tour with little or no original members on board. Just about every famous band has featured a lineup switch at some point,  but every now and then we see a band whose lineup gradually disintegrates. The switches pile up until, one day, the longest-serving member joined a decade after the band originally formed.  Its super crazy to think that any band could continue after that. After all, if you happen to see the band before and after, you would be literally be seeing two completely different bands with the same name. Although, it does happen with legal ownership of band names being an extremely sticky situation. So, that brings me back to my original question, do you go to see a concert for the music that past and or present members have created or for the members?

Sometimes a strong vision of the band can really be as effective as a great talent in keeping the group relevant. Example – British blues band Fleetwood Mac then - lead by Peter Green, Jeremy Spence and Danny Kirwan morphed into a California pop band lead by Stevie Nicks, Lindsey Buckingham and Christine McVie, which by record only worked because of the unchanging core – drummer Mick Fleetwood and bassist John McVie, who gave the band its name also had a very distinct sound and they had a vision of what the band should be.

In Foreigner’s case, they have dissolved and re-formed several times over the years. Mick Jones is the only original member of the band who has remained in the group since the beginning (whom, on many occasions has sat out of live shows). But the vision of the past, present, and future of the band still remains the same.

In his own words-

“ My initial musical vision for Foreigner was to combine Blues and R&B with British Rock and make it sound soulful and authentic. I'd grown up in England and had the English influence but I was also inspired by many elements of American music, from Mississippi Blues to Country and Western. Foreigner was the vehicle to get that musical blend across."

"I’m grateful to be surrounded by the talented musicians that make up Foreigner today. Now each night on stage brings Foreigner’s music alive with energy and excitement. Thanks guys for making it all new again!" (Source – Foreigneronline.com)

Regardless of members or music – Any band celebrating the 40th anniversary is a significant milestone and should be celebrated. I’ve created the Spotify playlist around the best of the last 40 years of Foreigner and their special guest Honeymoon Suite who will join them LIVE at the Encana Events Centre October 19, 2017

Don’t have tickets yet? Tickets may be purchased online at www.tigerboxofficeplus.ca, by phone at 1-877-339-8499, and in person at the Tiger Box Office Plus location at the Encana Events Centre. 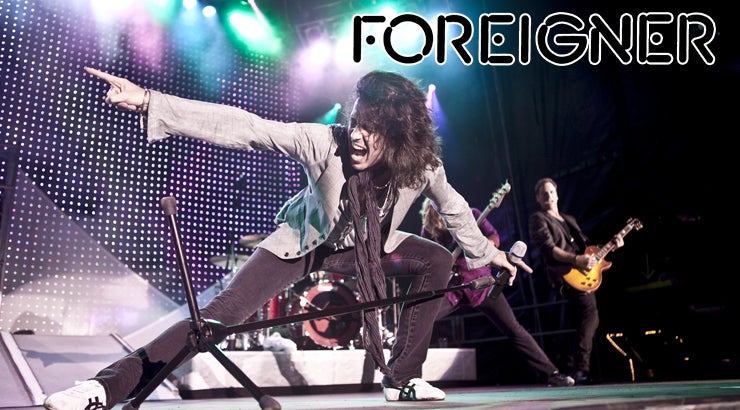